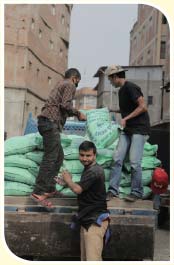 On April 25th 2015 Kathmandu was devastated by a 7.3m earthquake. Damage to buildings and infrastructure was extensive and more than 9,000 people lost their lives. But Victory Churches was there! In a nation where Christianity is illegal and believers are often persecuted, their compassion for their countrymen opened many doors for the Gospel.

As a result many have converted to Christianity. Pastor Prem and Lalita are believing to plant many more Victory churches in the next few years. 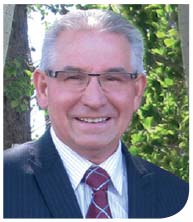 The adventure began in the dead of winter of 1995 in Medicine Hat, Alberta, Canada. After some heart searching, prayer and tears, we sold our new home, loaded our belongings into a horse trailer, said goodbye to our loved ones, and began the 12 hour drive north to the 40 degrees below zero City of Grande Prairie. Little did we know at the time, that this humble beginning would eventually become an apostolic centre for The North and an apostolic region of churches which is still continuing to grow in strength and momentum.

Service held in a living room to being one of the largest land owners in our city with almost 30 acres of prime land, four houses, and a 22,000 square foot facility that is being added on to annually. We have also developed the Victory Ministry Training Centre which has produced valuable leaders, church workers, and church planters. This has also been a key for our success as a regional apostolic centre - training leaders from The North for The North. Through these leaders, we have been able to build a region of churches, as well as influence the City of Grande Prairie and area in a substantial way. Right now we are planning to expand into Fort McMurray and on into the Northwest Territories and the Yukon!

Being apostolic is about developing leaders and casting vision for something greater than any one of us alone can accomplish. But one of the greatest keys in apostolic growth is the ability to attract, foster, and nurture relationships. This is the DNA of Victory Churches International. It is something not so much taught as it is caught.

In fact, the main dynamic in growing an apostolic region is Connection. We tend to think it will just take care of itself, but the truth is connection is always something that needs to be managed intentionally and purposefully. To successfully birth and nurture a healthy, growing region you need connection.

Connection can be broken down into the following components: