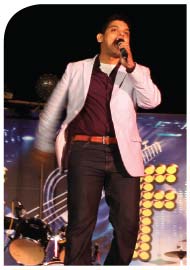 The rise of social media has made an ocean of information available on a single click. Today’s world is largely driven by this digital tidal wave. This is a positive thing in many ways. But it’s been a great negative influence too.

In India 75% of students as young as nine watch an average of seven hours of sex videos every week. Fifty-six million rapes are viewed on the internet by school boys. The immediate effect is a spike in crime, abuse, rapes and suicides leading to death. The percentage of students using prostitutes has risen sharply. Two million unmarried college girls undergo abortions every year.

“It is a God given mandate to our church, to reach out to our youth”

The enemy is using many such evil forces like a dagger to attack our youth and destroy them. He is out to steal, kill and destroy the youth. The attack is on!

In 1 Samuel 30, David and his army came back to Ziklag and found that the enemy had destroyed the camp and taken their wives and children captives. When he enquired of the Lord, He said, “Go, pursue and bring back.”

Today multitudes of youth are bound in the shackles of sin’s captivity. God’s call to the church is clear; “Go, pursue and bring back”. Like David the church needs to go take back the youth from the enemy’s clutches.

Envisioning this, our church has chalked out programs, with a mix of fun and fellowship, to foster friendships with the youth of our city:

Life Fest, a zestful music event to share the message of Life, testimony and more

Sparkz, a day for music, games, food and life-transforming Word

Church is a family with a culture of love and safety where youth feel secure to open up. Rather than pointing judgmental fingers, truth spoken in love has melted young hearts. As a result of this Kingdom culture, many trapped in the darkness have found the Light of Life.

A young man named Himanshu stumbled into our Church, The Ark Victory Church, under the false notion that an English Church would serve English wine as part of the communion. But praise God - instead he met the True Vine! The church supported him with love and truth, without being judgmental. Today he is a born again, Spirit filled youth and worship leader serving full time in the church. There are many others like him, who have been molded, mentored, and discipled. 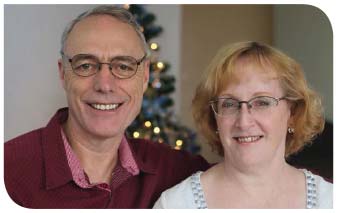 Dr Al & Terri Purvis are the Apostolic Overseers of SE Asia, with their Victory Headquarters in Thailand from which they are reaching the nations. victoryasia.com