A Message From The President 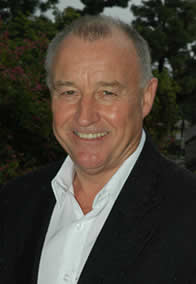 “A Time to Rejoice, Reflect and Project!”

We give God all the glory for all of the wonderful things that have been accomplished through the Victory Church movement over the last thirty years. It is a miracle! The movement began in Lethbridge, Alberta, Canada, on Mother’s Day, May 13, 1979. Twenty five people, including babies and children, showed up for the first service of the first church in the Victory Movement.

Today, Victory Churches International is a fast growing movement that quickly spread to over 40 nations of the world with over 2000 churches, Christian schools, Bible colleges, orphanages, humanitarian programs, and a whole host of other creative outreach ministries.

The movement also gave birth to the “Canadian Family Action Coalition” and Canada’s first ever 24 hour Christian Television station, which became known as the “Miracle Channel”.

We rejoice over the past victories that the Lord has so graciously given us. We have killed our Bears, Lions, and our Goliaths. Over the last 30 years, God has prepared and positioned us for what is about to happen in these last days.

Jesus had thirty years of preparation for three years of world changing ministry. I believe Hazel, myself and this movement have been prepared and positioned for a time such as this. I believe that every thing we have done is in preparation for what we as a movement are about to do.

I believe God is getting ready to answer Christ’s prayer from John 17: that we would be one as the Father and the Son are one and that the glory that is on them would be upon us. That the world might know that God sent Jesus His Son and that in believing they might have life through His Name. Jesus firstly prayed for His eleven disciples, and then in John 17:20 He said, “I do not pray for these alone but also for those who will believe in Me through their word.” And again in John 14:12 Jesus said, “He who believes in me, the same and even greater works will he do because I go unto My Father.” That is you and I! That is Victory Churches International!

We see a partial fulfillment of Jesus’ prayer in the Book of Acts when His glory came upon the 120 in the upper room in Jerusalem, “They were with one accord in one place and suddenly there came a sound from heaven like a mighty rushing wind and it filled the whole house where they were sitting” (Acts 2:1-2).

The initial fulfillment of Christ’s prayer caused a great outpouring of miracles throughout the whole Book of Acts. Power in the Name of the resurrected Christ caused the sick to be healed, devils to be cast out, the dead to be raised and whole cities to come to know Christ as Lord and Savoir. They were first called Christians in Antioch by unbelievers because they walked like Christ; they talked like Christ, and did the same things that he did. The 120 one accord believers in the upper room, worked miracles of healing and deliverance and they did it all in the Name of Jesus and passed the glory on to Him. “why do you look so intently at us, as though by our own power or godliness we made this man walk? It’s through faith in His Name, (The Name of Jesus) that has made this man strong” (Acts 3:12-16)

The complete fulfillment of Christ's prayer is about to happen. The glory of the latter church will be greater than the glory of the former church. The Book of Acts church was just the early light rain, but the end time church will receive the early and the latter rain; both being poured out at the same time (James 5:7-8) for the purpose of gathering in the last great harvest of souls before the catching away of the saints to meet Christ in the air. (1 Thess 4:13-18). The best is yet to come!

God spoke to my heart at the beginning of this Victory Movement and said, “This is just a foretaste of what you will experience in it’s fullness at a later date in your ministry.” Thirty years of preparation for the last great end-time outpouring and ingathering! God has been preparing small groups of believers all around the world, 12 here, 70 there, 120 some place else. Groups of people that are mature and can come together in one accord. Churches who know how to “stand fast in one spirit, with one mind, striving together for the faith of the gospel” (Phil 1:27).

Are you ready? If not, join a team that is ready, submit and do your part and stay in unity. It’s manifestation time, it’s our time, and it’s your time. What a time to be alive!

Jesus isn’t coming back for a weak, defeated, depressed, bankrupt Church. No! He’s coming back for a glorious, victorious, militant, miraculous, triumphant Church, and Victory Churches International will be a vital part of it!

Jesus said to his disciples: “But you shall receive power when the Holy Spirit has come upon you, and you shall be witnesses to Me in Jerusalem and in all Judea and Samaria, and to the end of the earth” (Acts 1:8).

When you reach the ends of the earth you will find a Victory Church!

Dr. George Hill is the President and Founder of Victory Churches International.